March 19, 1920, the U.S. Senate repeats its November 19, 1919 decision not to ratify the Treaty and "League of Versailles". March 19, 2020, on the hundredth anniversary of this derailing-Armistice confirmative development, in its direction as an imperialist diktat obviously the product of British war leader David Lloyd George and his colonial delegates (subimperialism, H. Poeschel 1920, A.S. Kanya-Forstner 2000), the Transnational Commission for Reappraisal and Commemorative Culture from 1914 was founded. Aufa 100 - transnationale Aufarbeitungsinitiative is Amsterdam and Berlin-based. 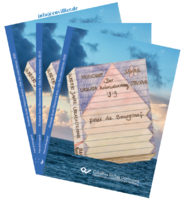 Publication of the 7000-word English version: Autumn 2021 - Request an abstract!.